India spinner Kuldeep Yadav has thrown down the gauntlet, inviting Australia’s batsmen to keep coming at him.

Yadav was among the hosts’ best bowlers in their series-opening ODI victory in Hyderabad, where he dismissed Usman Khawaja and Peter Handscomb.

The dismissal of Khawaja, who top-scored with 50 and picked out Vijay Shankar in the deep, was especially sweet for the left-arm tweaker.

It came after Khawaja helped Australia take 10 runs off Yadav’s first over, dancing down the wicket and stroking a sweetly-timed six back over the head of the bowler.

“I’m not afraid of getting hit,” Yadav told reporters.

“Sometimes it happens. Sometimes batsmen feel they have a good chance attacking me.

“When the batsman is coming at you, you’ve got more chance (of taking a wicket).

“A few batsmen for Australia are very good players of spin, Shaun Marsh and Usman Khawaja, so my mindset stays the same. Get them out.”

Marsh, a late arrival in India following the birth of his second child, is expected to return to Australia’s XI when the second ODI starts at 7pm AEDT on Tuesday in Call Girls Nagpur.

Yadav has studied footage of Marsh extensively since an ODI at Adelaide Oval earlier this year.

The veteran scored a century in that match, handling the spinner with so much ease that India dropped him for the ensuing match in Melbourne.

“Marsh was playing really well (against me) … he plays spinners well,” Yadav said.

“After that I watched a lot and planned accordingly how to bowl (to him).” 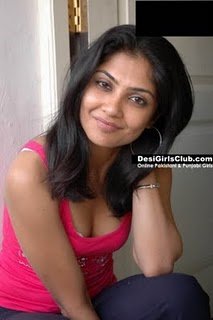